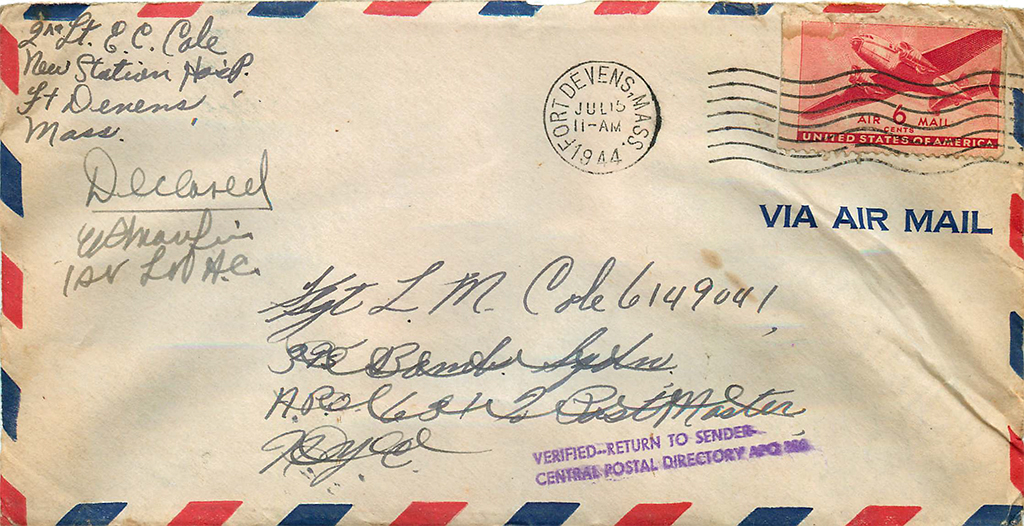 Just before Christmas of 2009, my parents, then in their late eighties, decided they needed to move. My father, in particular, felt they were no longer capable of living completely on their own.

Just a year earlier, they had looked into an independent living facility. Knowing their fierce desire for self-sufficiency and total aversion to those kinds of places, I was not surprised when they decided it was not what they wanted.

“But dad, it has the word ‘independent’ right in the name”.

He didn’t even look up from his newspaper. “It’s an old folks home. It’s full of old people. We’re not old. We want to live in our own home.”

He raised me. I had known him my whole life. We were done with that discussion.

Just 12 months later, they had changed their minds.

My father had been a bomber pilot in World War II. He possessed all the qualities necessary for that kind of job, a strong sense of duty and responsibility and the capacity to make tough decisions under pressure.

Those qualities had served him well over the years and they were just what were needed now. Luckily, he married a woman who was his equal in those areas. As little as they wanted this move, they both knew it was necessary.

My brother was living in Switzerland; my sister was in Lubbock, Texas. They were both tied to their jobs. I was retired and my wife and I had already planned to spend the Christmas holidays with mom and dad so while my wife continued her job in Los Angeles, I flew to Florida a couple weeks early to help them move.

They were trading a two-bedroom house with a den, a large garage and an attic for a one-bedroom/den apartment. They were going to have to downsize. My job was mostly this:

One half of the garage was set aside for stuff we were getting rid of.

Written as a simple declarative sentence, that sounds so straightforward and easy. It wasn’t. Over and over, things I put on the pile would work their way back into the house.

I would find my father in the garage standing in front of the growing mountain of stuff that used to be his life just staring at the treasures his first-born was now consigning to the trash heap. Each time I would find him like that, after a long moment of consideration, he would carefully lean in and rescue something.  Like a pencil.

“Your mom and I got this when we played golf at the Presidio. Back in ’86, when we had the motor home and took that trip to the west coast. Oh, and you didn’t mean to throw away this hanger, did you?”.

That went on for fourteen days.

I was going to write a book about the two weeks I spent moving my 89-year-old parents to an independent living facility. I love them both. They were incredible people and the greatest parents a boy ever had. However, the title was going to be “Just Fucking Shoot Me”.

And that brings us to this blog. The thing I am writing instead of that book.

One of the items my parents had willingly committed to the junk pile turned out to be something I could not part with.   It was one of the last things we pulled out of the attic… A tattered cardboard box full of letters, documents, and miscellaneous family ephemera.

Largely collected by my father’s mother and her mother, my parents had been moving it since my grandmother passed away almost 30 years before.

Exceeding a thousand pages, the collection begins in the 1870s and ends in 1988 when my grandmother died. It details over 100 years of births, deaths, and loves, both won and lost, World War I, the great Influenza Pandemic of 1918, the Depression, and Women’s right to vote, fights, feuds, and other family transgressions and antagonisms, dislocations, re-locations, and racism both casual and overt, the business of selling Coca Cola, lesbians, and World War II… A lot of World War II.

The documents fill 7 black three-inch binders.   The first covers the 50 years from 1870 to 1920. The next covers 1920 to 1940. The half-decade, 1940 to 1945 takes 3 binders. Just the first nine months of 1943 fill an entire binder. My grandmother’s only child had gone off to war and there was a lot to communicate. In addition to the mail she received, my father had most of the mail he received while he was serving in the U.S. Army Air Corps sent home and his mother put it in the box.

And then there were the papers my father saved. When he passed away, my mother moved to an even smaller apartment. That meant another downsize.

Going through dad’s files, I found, among other things, his military papers, school papers, a pilot’s license, memorabilia from his honeymoon, and the receipt for the first television set he bought in June of 1949 for $380.

Three hundred and eighty dollars was a lot of cash in 1949. Knowing my father’s caution with money as I do, I am positive he wouldn’t have bought the thing if he had known, at that very moment, his wife was a week or so pregnant with me.

My father also saved the hospital receipt for my birth.  The whole thing came to $107. Considering the cost of the television, I must have seemed like a real bargain.

My mother’s side of the family was never as sentimental as her husband’s side so her contribution to the collection is tiny by comparison. But there are some memorable items. Her report cards from high school and college, photos of her playing basketball, field hockey, and track and field, some military papers from her service in World War II, and the last letter she got from her older brother, Lawrence before he was killed in India on July 26, 1944.

T/Sgt Cole was 24 and the crew chief on a B-29 that crashed just after take off on a mission to Japan. Even though I carry his first name as my middle name, my mother never talked too much about Lawrence. The collection helps illuminate their relationship. In addition to a few letters he wrote her, it also contains the last two letters she wrote him. They were still sealed when I found them. Each had been sent back marked, “Return to sender” “Deceased” (see the picture at the top of this post). I opened the letters and read them. It turns out they were very close.

This blog owes its existence to the contents of the cardboard box in my parents’ attic.

At its heart, it’s a love story.  My mother was born in Maine and my dad in Georgia.  They were never going to meet.

However, in mid-February 1947, their lives did intersect for a few seconds on Peachtree Street downtown Atlanta. She was walking and he was driving.  This is the story of  two lives and what it took to get them both to the infinitely small spot on the time/space continuum upon which my very existence would depend.

After 35 years of stand-up comedy and acting, I have retired to play golf and write for the sheer pleasure of it. With no schedules to keep, I am left with an abundance of time to follow both interests and distractions wherever they lead me. Life is pretty swell. View all posts by Tom Parks

4 thoughts on “Finding a Box of Old Letters”